Fans definitely take good interest in 50 Cent tattoos as they want to follow some body art designs of this wonderful rapper. 50 Cent is a famous rapper worldwide. His read name is Curtis Jackson III. He became famous just after his 2003 album “Get Rich or Die Tryin’” and an amazing anthem single “In Da Club”. This shining star was discovered by award-winning rapper Eminem in 2002. 50 Cent began rapping when he was only 21 years old. He is not only a raptor but also a famous actor. He performed stunning roles in semi-autobiographical Dram  Get Rich or Die Trying’, Righteous Kill, All things Fall Apart, Setup movie,  Escape Plan and Freelancers.

Just like other music artist and Eminem, 50 also got some amazing tattoos on his arms, belly and back. His tattoos seems really fascinating to his fans. They always want to know what the meanings of 50 cents tattoos are and what exactly these tattoos are. Many fans copy cat his angel and devil tattoo designs.

Today, you would be able to uncover some of the best 50 Cent’s Tattoos. I would like to start this list of tattoos from his most improve back tattoos.

It is indeed one of the best tattoo of 50 Cents. This tattoo is based on his stage name. No doubt, Jackson has such a unique name. When you compare his other tattoos with his big back tattoo then you must say that it is quite clear and beautiful tattoo. One should never forget one’s root and this message is conveyed by 50 Cent back “South Side” words tattoos.He represent his neighborhood of South Jamaica in Queens with these words. You can see words “Love and hate” inked on his lower stomach area.At one side of word, you can see “head of Jesus” and at another side, you can found “head of Devil’ This seems like a unique idea. We all love God but fact is that we all have a little devil inside us. So, this way Jackson might want to portray both aspects of one’s personality like good and evil, etc. He had phrase “God Understand Me” tattoo on his left lower arm.On his left arm he had word “Warrior” and also his son name “Marquise”. He also has another  50 number tattoo on his left bicep. He also had her mother name “Sabrina” tattooed on his arm. He liked angel tattoo, so he got ghetto angel tattoos on his arm as well.However, I would like to make one thing clear that 50 Cents removed his arm tattoo due to his film shoot in 2015. 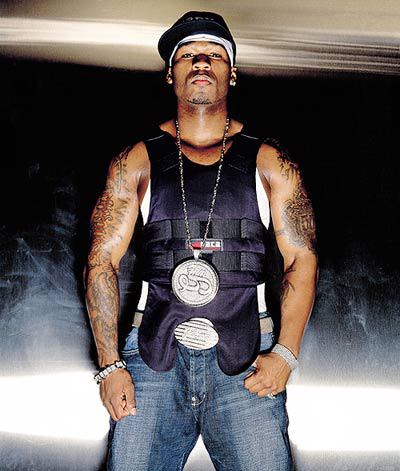 He has an angel tattoo on his shoulder and it is another impressive tattoo from this star. A lot of his fan loved to copy the same design. As I told you earlier, he had removed his arm tattoos in 2015 but he got a new tattoo from Inked Magazine in 2015. He love to get tattoos, so he got his real name “Jackson’ tattoo in the inner arm.

Now you have got complete idea about 50 Cent tattoos pictures and their meanings. Tell me which tattoo inspire you the most and which one you would like to try.